The Coronavirus travelled the entire world from Wuhan, but it did not reach Beijing or Shanghai. Can anybody explain that?

There are so many questions, after all, where it all began, in China, the Chinese stock market didn’t crash yet the American and European markets did And when the those markets crashed the Chinese bought big. China has reported about six coronavirus cases per 100,000 people, well below the rates in Italy, Spain, the United States and elsewhere.

The C.I.A. has been warning the White House since at least early February that China has vastly understated its coronavirus infections and that its count could not be relied upon as the United States compiles predictive models to fight the virus, according to current and former intelligence officials.

Bloomberg News first reported the C.I.A.’s assessment that China was underreporting its virus diagnoses and deaths.

All Roads Lead Back To China:

Also note how quick Chinese syndicates were activated to go “hoarding” shopping by the bus load to regional shopping centres throughout Australia stripping our shelves of toilet paper and staple food. It happened before most of us even knew what was happening, before we even knew what Coronavirus even was. 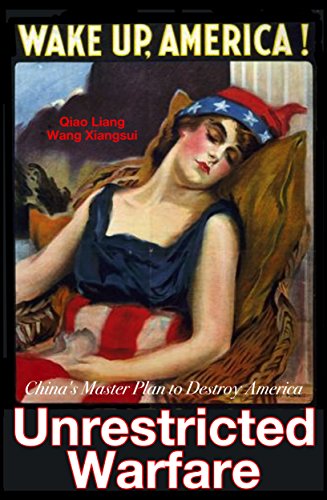 Read the book by Chinese colonels Qiao Liang and Wang Xiangsui, from 1999, “Unrestricted Warfare: China’s master plan to destroy America”, on Amazon. It’s all there.

How come Russia & North Korea are almost totally free of Covid-19? Because they are staunch allies of China. The lowest reported cases of Covid-19 are from these 2 countries. On the other hand South Korea / United Kingdom / Italy / Spain and Asia are severely hit. And why is Wuhan is suddenly free from the deadly virus?

China will say that their drastic initial measures they took were very stern and Wuhan was locked down to contain the spread to other areas. I am sure they are using the Antidote of the virus that was already available before they released the virus. So many more questions you need to ask.

Why was Beijing not affected at all?

And another interesting fact. China’s President Xi Jinping visited Wuhan in the peak of the outbreak. Why did he just wear a simple RM1 facemask to visit those affected areas? As President should he not have been covered from head to toe in a hazmat suit? Perhaps because he was already injected with the antidote there was no need for concern?

There is no doubt this is biological warfare. And the world will be so different when this crisis does settle. Perhaps this is just stage one. And China really does take over the world.

Open up your eyes we need to do better by buying American Products.

Quote of the Day